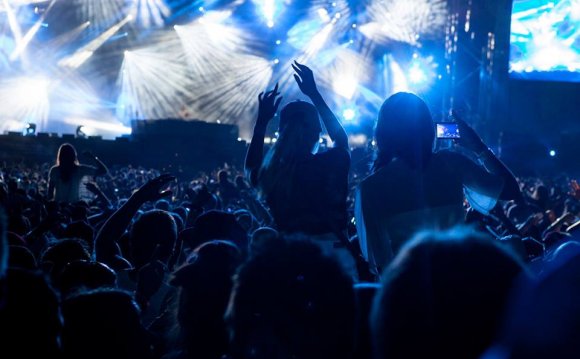 Domaine Forget, a not-for-profit company, is located at St. Irénée in the magnificent Charlevoix region of Quebec, on a 150-acre historical property. The meeting of music and the scenic beauty of the site is a living demonstration of the word “harmony”.

At the turn of the last century, the estate now known as Domaine Forget originally comprised the summer residences of three eminent landowners, each one of whom made an indelible mark in his respective field: Joseph Lavergne, judge and colleague of Sir Wilfrid Laurier; Adolphe-Basile Routhier, judge, poet, and lyricist of the French version of “O Canada”; and Sir Rodolphe Forget, federal Member of Parliament for Charlevoix, a visionary entrepreneur instrumental in bringing the region into the modern economy. Sir Rodolphe was responsible for the Quebec City-La Malbaie railway link, the area’s first pulp-and-paper mill, which became Donohue Inc., and for the first Manoir Richelieu Hotel.

The three properties were purchased and merged in 1945 by Les Petites Franciscaines de Marie, a religious order established in Baie St-Paul. For the next 30 years, the nuns operated a girls’ school at the site. In 1977, a not-for-profit organization initiated by the late musician Françoys Bernier and a group of local luminaries bought the property, gave it its present name, and dedicated it entirely to the performing arts, principally music and dance.

Domaine Forget is first and foremost the Academy of Music and Dance for young talent, recognized internationally for the high quality of its teaching. Every summer since 1978, hundreds of students hone their skills under distinguished masters. Domaine Forget is also the summer-long International Music Festival, offering some thirty concerts (classical, jazz, new music, and dance), about twenty master classes open to the public, Academy concerts and recitals, and a dozen musical brunches. Over the last 30 years, Domaine Forget has welcomed approximately 12, 000 students and presented more than 750 concerts, as well as 55 art exhibitions. In 2008, the Academy’s students hailed from different parts of Quebec (49%), other Canadian provinces (29%), and other countries. The Festival audiences are mainly from Charlevoix, the Quebec City area, and Montreal (in 2008, 95% audience members were from the Province of Quebec, 3% from other Canadian provinces, and 2% from abroad).

A variety programming was created to present concerts by singer-songwriters, musical revues, world music, and productions for children, beyond the summertime schedule. This program has developed considerably and has become increasingly varied. With some thirty events, half of which are scheduled in the autumn, the variety programming extends the tourist season, stimulating the Charlevoix region in the off-season, consolidating jobs, and developing new markets. Although in its first years, it mainly targeted audiences in Charlevoix, lately, with its more diversified content, it has attracted new audiences from outside the region.

Specifically designed for musical performance, appreciated here and abroad for its exceptional acoustics, this professional venue has a seating capacity of 600 people. Since its inauguration, the Françoys-Bernier Concert Hall has played a determining role in Domaine Forget’s development, increasing International Festival attendance by a remarkable 65%. Whereas concerts were previously limited to the summer months, the Hall has made it possible to extend the artistic program and concurrent activities beyond the summer and to introduce varied programming, thus reaching new audiences and developing new markets. Due to the Hall’s excellent acoustic quality, over sixty recording sessions have been done there for Quebec and American record labels, outside the summer season. This activity draws people who otherwise might not come to Charlevoix. Their presence contributes to building up a mixed clientele, increases the number of nights spent in the region and generates economic benefits for the restaurants that provide catering services on these occasions.

Sierra at the Pitt Festival of World Music