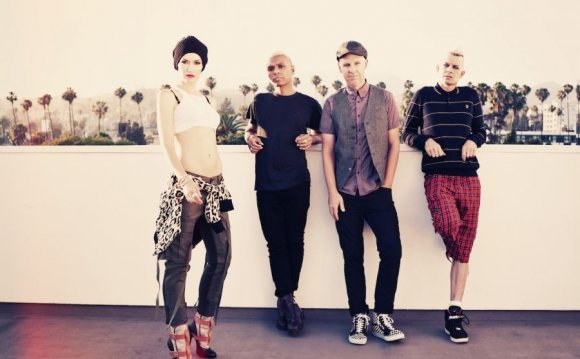 Rock in Rio has announced the lineup of its first U.S. concert coming this May to Las Vegas. In a star-studded press conference in New York’s Times Square, organizers announced that Metallica, Linkin Park, Taylor Swift, No Doubt, Deftones and John Legend will perform in the first stateside version of the Rock in Rio on May 8, 9 and May 15, 16 on the Las Vegas Strip.

The press event featured performances by past Rock in Rio artists Jon Mayer and Sepultura with Les Tambours Du Bronx. Roberta Medina, Executive Vice President of Rock in Rio detailed the events history and expressed her excitement of celebrating the festival’s 30th anniversary.

“From the first Rock in Rio festival in Brazil in 1985 to next year’s anniversary and Las Vegas launch, it’s been an amazing journey with Rock in Rio fans and the artists that have taken part in the festival, ” says Roberta Medina. “We’re thrilled to see the construction of our first U.S. City of Rock and to announce the first artists who will perform in Las Vegas in May 2015.”

Rock in Rio is collaborating with MGM Resorts, Cirque du Soleil and Ron Burkle to create the new “City of Rock” venue at the corner of Sahara Avenue and the Strip. The venue will be a permanent addition to the Las Vegas Strip and will span across 37 acres and have the capacity to fit 85, 000 people. It will have six stages, themed street fairs, a zip line and an air-conditioned VIP area complete with views and a buffet.

Limited pre-sale tickets for Rock in Rio USA are now available at To secure a ticket, guest must visit rockinrio.com and purchase a pre-sale voucher. Beginning on Jan. 12, guests can redeem the voucher for a preferred date or weekend. General admission weekend passes are $298 and VIP daily passes are $498. General admission tickets include ten hours of music and attractions. The VIP ticket holders will have access to the venue plus access to an air conditioned tent and all-inclusive food and beverage.

No Doubt Rock In Rio festival Las Vegas May 8, 2015 webcast