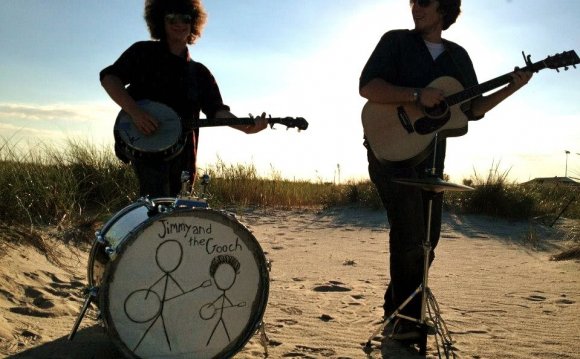 Folk rock is a musical genre combining elements of folk music and rock music. In its earliest and narrowest sense, the term referred to a genre that arose in the United States and the UK around the mid-1960s. The genre was pioneered by the Los Angeles band The Byrds, who began playing traditional folk music and Bob Dylan-penned material with rock instrumentation, in a style heavily influenced by The Beatles and other British bands. The term "folk rock" was itself first coined by the U.S. music press to describe The Byrds' music in June 1965, the same month that the band's debut album was issued. The release of The Byrds' cover version of Dylan's "Mr. Tambourine Man" and its subsequent commercial success initiated the folk rock explosion of the mid-1960s. Dylan himself was also influential on the genre, particularly his recordings with an electric rock band on the Bringing It All Back Home, Highway 61 Revisited, and Blonde on Blonde albums. Dylan's 25 July 1965 appearance at the Newport Folk Festival with an electric backing band is also considered a pivotal moment in the development of folk rock. Provided by Wikipedia under Creative Commons Attribution CC-BY-SA 4.0
Discogs Reference Wiki
Source: www.discogs.com