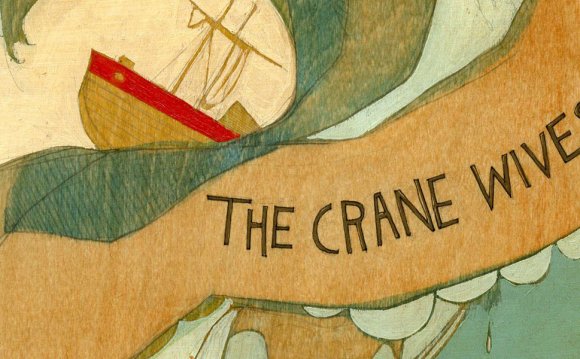 Update: I have published a new post about best albums of 2012 right here: Best Indie Folk Albums Of 2012

This list of albums is not at all like other indie charts, it is basically just my personal take on what new releases are worth the listen from some of the best indie folk bands and artists out there.

So here we go:

1. Fleet Foxes – Helplessness Blues
Helplessness Blues is a more powerful, and a lot more complex release than the amazing debut album from the Fleet Foxes. You will hear everything you’ve grown to like about this band, and even more. Definitely one of the top indie folk albums of the year!

3. Amos Lee – Mission Bell
Willie Nelson himself decided to drop in on this one. Nevertheless, Mission Bell is a good album allover even if we disregard the guest performers (Lucinda Williams and Calexico also appear). Amos Lee doesn’t offer any surprises, he just presents himself the way we’ve grown accustomed to.

These are well written and carefully orchestrated songs that put you in a good mood. What more can I say?

5. The Low Anthem – Smart Flesh
Personally, I have been waiting for this release. I’ve been counting the days until I can get my hands on it, dissect it to the bone and steal every note and word. The Low Anthem have recorded this album in a pasta sauce factory and… it sounds exactly like the album that you would record in such a place.

Abandonment, slowly unfolding acoustic sounds, eerie, almost incantation-like, melodies and harmonies. This is what comes to mind, when you listen to Smart Flesh.

6. Beirut – The Rip Tide
I have become very familiar with Beirut’s music in the past year, and I have been expecting this new release. Beirut have matured into this sound that they now represent, and this is exactly what I was hoping and expecting to get from them. I wasn’t disappointed.

7. Noah And The Whale – Last Night On Earth
I have to admit, I didn’t like this band initially. Noah And The Wale just sounded like a bunch of wacky teenagers to me in the beginning. Naturally, this changed over time, I’ve grown quite close to some of their songs since then. One word of caution, though: this album might surprise you in ways you wouldn’t expect – right from the first track in fact.

8. Emmy The Great – Virtue
I wasn’t a big fan of Emmy The Great before all this, but Virtue got me hooked. The songwriting on this record is so unusually real, so intimate, so personal, so virtuous, so good!

10. Bonnie “Prince” Billy – Wolfroy Goes To Town
Will Oldham, otherwise known as Bonnie “Prince” Billy, has released a ton of material this year, so the anticipation for this release wasn’t that big on my part, but there are so many good songs on here, that I would have had to be a fool not to give it a listen. Oldham is one of the most outrageous indie folk singer-songwriters I’ve ever heard – ever – and he is in exceptional shape on this album. His talent as a songwriter sometimes overwhelms me.

20 Great Folk Albums to Add to Your Indie-Rock Collection