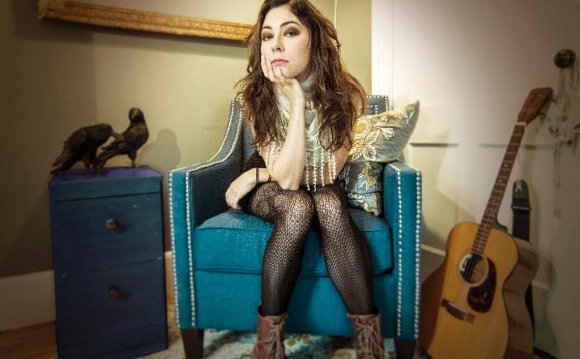 The rock star cliché for a band headed to South by Southwest is a handful of gnarly dudes piling into a beater van and setting the GPS for Austin, Texas. But for New York singer/songwriter Laura Stevenson and the four guys in her indie-folk band, the reality is less fart jokes and drug-addled misadventure and more baked goods and early mornings.

“This is our second time going to South by Southwest, ” says Stevenson in the Wired video above. “Yesterday we drove to Brooklyn, packed up the van and then drove to D.C. And then we loaded in at 10 a.m. the next day for a festival.”

What fuels the band’s unbelievably wholesome tour regimen? Stevenson made a loaf of banana bread and a tub of oatmeal cookies to share with her bandmates before they left the snow-filled streets of Brooklyn’s Clinton Hill neighborhood. (The “band interests” listed on their Facebook page? “Snacks.”) Their short tour, which started Friday, will take the band through 11 states, with shows in Maryland and Kentucky before they end up in Austin for this year’s SXSW music festival.

The songwriter and her band — Mike Campbell on bass, Alex Billig on accordion and piano, Peter Naddeo on guitar and glockenspiel, and Dave Garwacke on drums — have been making music together since 2007. Their first full-length, , was a collection of songs she had been writing for three years, influenced heavily by the music of Neil Young and The Beatles, which her father played for her as she grew up. The album highlighted the powerful vocal control of Stevenson, who began playing piano at an early age and sang in choir and a cappella groups throughout middle and high school.

Their second record, 2011’s melded the band members’ many talents and varied musical influences — from folk to punk — and introduced a new level of sophistication to their compositions. After SXSW, the group will headline a U.S. tour to support the April 23 release of their third album,

How delicate indie-folk singer Mree found her voice on YouTube