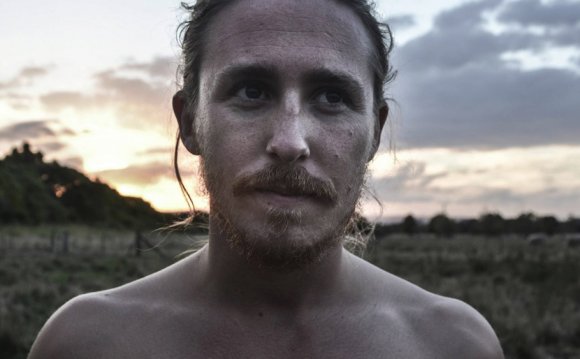 If being the most famous harp player in indie-rock doesn’t exactly make her look tough and cool, just imagine what Joanna Newsom had to go through to make it to where she is now.

“It was so much more challenging in the beginning, ” the classically tinged, Californian folk-pop singer recalled of her early years of touring more than a decade ago.

Back then, she would cram her 6-foot-high, 80-pound, 47-string instrument into a Subaru Forester — “an art form making it fit” — to play rock clubs where harps were as foreign as potpourri.

“These well-meaning, beefy dudes at the different venues would come out and try to help me carry it in, but they would often almost drop it. More than the weight, it’s a hard instrument to carry because it’s awkwardly shaped, and there’s no center of gravity on them.”

With one of the year’s most celebrated singer-songwriter albums and a fanatical following, Newsom finally has a little more vehicular space and able-bodied assistance for her first tour in five years. She lands next Thursday at the Fitzgerald Theater in St. Paul with a band that includes her older brother Pete on drums.

“That’s too bad, ” Newsom lamented in a phone interview last month from her home in Los Angeles, but then brightened at a mention she’s coming to the home base of “A Prairie Home Companion” this time.

“My mom told me that, and it got me all the more excited to finally get back there.”

There’s been more to Newsom’s life in recent years than making music, which partially explains why her new album, “Divers, ” was so long in the making.

Newsom would consider more acting gigs, she said, “But they would have to be something that fits my normal life and fits me, not something I pursue. There are plenty more capable people doing the pursuing.”

Really, though, the main reasons why “Divers” took so long to make are evident once you hear the finished product.

From Albini to Sapokanikan

Already ranked one of the best albums of 2015 by Rolling Stone, NPR Music and the Guardian, Newsom’s fourth record is vast and virtuosic. It’s full of complex and unpredictable orchestration, from Newsom’s own willowy harpsichord work on the Joni Mitchell-evoking title track to members of the Prague Philharmonic Orchestra playing along field recordings of birds on the closing track, “Time, As a Symptom, ” featuring arrangements by David Longstreth of the innovative sonic-collage group Dirty Projectors.

The album’s thematic and cinematic lyrics — something about humans’ relationship with time and space, but with nary a hint of sci-fi hocus-pocus — are at once precisely written but artfully indefinite.

The album “didn’t feel like it was taking a long time during the process of making it, ” Newsom insisted. “There were just a lot of processes along the way.

“I had such elaborate ideas, and sometimes I had such specific visions. The writing process took on a lot of different forms, different ways I approached songs and discovered related narratives. And then working with the different collaborators, sometimes it would be easy — sometimes we would get lucky — and sometimes it took a great deal of explanation and exploration to get it right.”

One of her partners on the record was famed altruistic punk producer Steve Albini (Nirvana, Pixies), a surprisingly kindred spirit who also worked on her 2006 album, “Ys.” With him, she said, “I feel like I’ve entered a safe harbor. I have absolute trust in him musically.”

Newsom especially shared credit with longtime cohort Noah Georgeson, who has also produced records for Devendra Banhart and Minnesota’s Mason Jennings: “He and I mixed the record for so long, but he never gave up on my borderline uncool obsession to get it right.”

In a lot of ways, the making of the record reflects the slow, deliberate, intricate way she wrote the music — most of it while living in New York.

She did something New Yorkers often don’t find the time to do: stop and literally read the signs. That’s how she came up with the piano- and flute-led gem “Sapokanikan, ” named after a 16th-century American Indian site in what is now Greenwich Village.

“When I was living in the West Village, I walked around a lot and would read the plaques and research a lot of the memorials, thinking about what was underneath it all, ” she recounted. “There are literally layers upon layers that can be peeled off there — layers of history, layers of architecture, layers of people buried under the ground.”

Newsom herself has long been buried under the tag “acquired taste, ” and rightfully so. If having the harp as her instrument of choice isn’t quirky enough, she’s also known for her rather peculiar voice — a soprano that’s flighty and wavering, part Kate Bush and part Tiny Tim, but with a unique, dramatic power.

Despite all the favorable attention “Divers” is getting, Newsom expects the buzz can only go so far commercially.

“I’d truly love to have more success for the people at my record label [Drag City], who never gave me a hard time about how long this album was taking or asked any questions about my artistic intentions, ” she said. But, she added, “I’m 33 and not so naive. I don’t have any illusions about what my potential audience is.

“I have friends who are a lot better known musicians than I am, and honestly I’m not sure I would want to — or could — put up with some of the hassles and infringement on their personal lives that they have to put up with. I’m quite content where I’m at.”