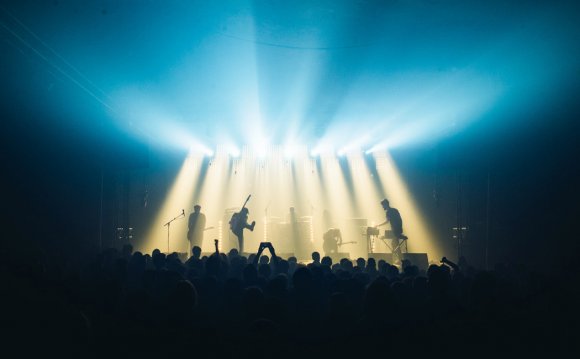 A fight in the house! Introducing Catalonia as the teenage kid and Spain as the control freak parent. Summary of the last episode: the 27S elections!

The thief of time named procrastination, cute kitties and the ambivalent drive to perfection.

It started with a Facebook message. Because my friend was attending the upcoming Godspeed! You Black Emperor show in Oslo, a guy named Timo Helmers had sent him a message inviting him to join at a post-rock festival in Kristiansand. We checked out the festival website, and it seemed legit. There was a strong lineup of established bands. The tickets were reasonably-priced. “What the hell, ” I said, “let’s give it a shot.”

It turns out that Facebook spam can lead to great things. The VIVID post-rock festival, held on September 25th and 26th, was a sensory journey unlike any I have ever encountered. The brainchild of Timo Helmers, a German living in Kristiansand, the VIVID festival’s concept focused on unifying the bands’ music with visual representations of their unique soundscapes. This emphasis on aesthetics, combined with an ethos of inclusion and networking, ensured that VIVID was an inviting and exciting audiovisual experience.

The two-day festival was held at Aladdin, a cultural house in Kristiansand which is mainly used as an art house movie theater. The decision to host the festival there was a calculated one: all but two bands provided abstract visual representations of their music, which were displayed on the large cinema screen behind the stage as they played. The walls of the lobby (and in one case, the men’s restroom) were also adorned with artistic interpretations of the bands’ music. These pieces, which were created by local artists, helped maintain the festival’s atmosphere in between sets.

The format lent itself well to the experience of post-rock and its related genres and sub-genres. While the festival was billed as a post-rock festival, the fluidity of the genre and Helmers’ varied taste in music meant that there was a robust variety in both sounds and visuals. Day one had a strong showing, with the experimental and avant-garde 6LA8 (Pakistan) getting things off to a strong start. Their atmospheric and hypnotic sound melded extremely well with their visuals, especially seeing as how it was their first live performance. Headlining that night was Spurv (NO), who I’ve now seen a few times. Their sound, carefully layered but incredibly loud, was well-suited for a larger venue than I’ve seen them in previously, and it was great to see their visuals on a bigger screen than usual.

Fullscreen the images for a better picture!

Day two opened with another strong showing, this time from post-metal band Watered (DE). With one of the heavier sounds and probably the most compelling visuals of any of the bands at the festival, they could have held a higher spot in the lineup. Nevertheless, post-rock veterans The Seven Mile Journey (DK) and Tides from Nebula (PL) finished off the festival without pulling any punches. Both bands chose not to provide visuals, instead letting the music speak for itself. And speak it did. The Seven Mile Journey was probably the most raw of the festival’s acts, and Tides from Nebula was easily the loudest. Overall, the bands were well-chosen, and I enjoyed the opportunity to discover new artists who play quality music.

Admittedly, the turnout at the festival was smaller than I would have thought. That being said, it was a surprisingly international assortment of characters, many of whom had traveled to Norway specifically for the festival. The general mood at VIVID was positive, and most of the people I spoke to hoped that the festival would return next year. Helmers expressed his uncertainty as to whether there would be a repeat, but he seemed keen to do whatever it takes to get his concept off the ground. For myself, and for all of the post-rock fans in Norway, I hope he manages to keep up the good work.