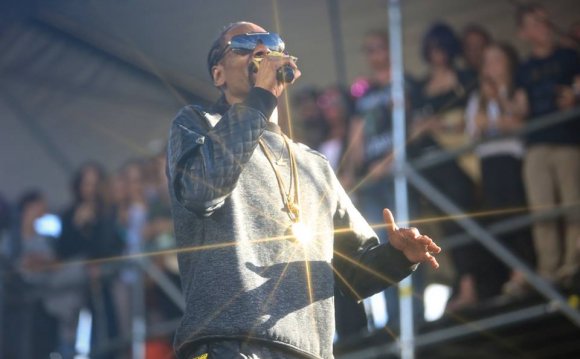 One of the best things about summer is the long list of great music festivals popping up all over Southern California. The only challenge is deciding which ones to go to! If you need some help choosing, here are six of the best festivals happening within driving distance of LA. So, put on your sunglasses, gather a group of friends, and get ready for a season full of outdoor music festival fun.

Lightning in a Bottle is an immersive experience unlike any other festival, encompassing art, music, food, friends, culture, knowledge, and exploration. You won’t be disappointed by the music lineup, which includes: Flume, SBTRKT, Odesza, RL Grime, Thomas Jack, Tycho, Griz, Panda Bear, AlunaGeorge, Wu Wei, and many more!

The popular music festival celebrates its 20th anniversary this Labor Day weekend at The Grounds at San Manuel Ampitheatre. The lineup is still being finalized, but Armin van Buren, Pretty Lights, Galantis, and Bassnectar have confirmed so far—count us in!

KAABOO is a new music festival experience popping up at the Del Mar Racetrack in late September. It advertises itself as not a music festival, but rather, a “mix-perience” that offers something for everyone, whether it be art, music, food, comedy, etc. The musical line-up is really impressive and includes: No Doubt, The Killers, The Zac Brown Band, Snoop Dogg, Foster the People, Slightly Stoopid, Counting Crows, Young the Giant, Spoon, Sheryl Crow, O.A.R., Awolnation, Rodrigo y Gabriela, Brandi Carlile, Girl Talk, OK Go, and more. If you want some laughs in between sets, check out comedians such as Anthony Jeselnik, Joel McHale, Lewis Black, and Iliza Schlesinger.

We all know what FYF stands for, and the name couldn’t be more appropriate. Ever since its inception in 2004, FYF Fest has been getting bigger and bigger. This year’s lineup includes: Frank Ocean, Bloc Party, Chet Faker, Flume, Belle & Sebastian, and more.

Finish out summer with a bang by going out hard at the HARD Summer Music Festival at the Pomona Fairplex. This star-studded lineup includes: The Weeknd, The Chemical Brothers, Dillon Francis, Porter Robinson, Schoolboy Q, The Glitch Mob, ODESZA, Jack Ü, Ratatat, Chromeo, Zeds Dead, and many more!

This festival is hosted in conjunction with the World Tattoos Convention and takes place at the beautiful Queen Mary in Long Beach. The festival includes art galleries, a car show, burlesque shows, and live music. Even if you come for the ink, you’ll be sorely sorry if you don’t stay for the amazing lineup, which includes: Pennywise, Wanda Jackson, The Bouncing Souls, Killswitch Engage, Hatebreed, Peter Murphy, Gary Numan, Necromantix, and Fishbone—just to name a few.

All My Friends Music Festival 2012 in Tijuana, Baja California