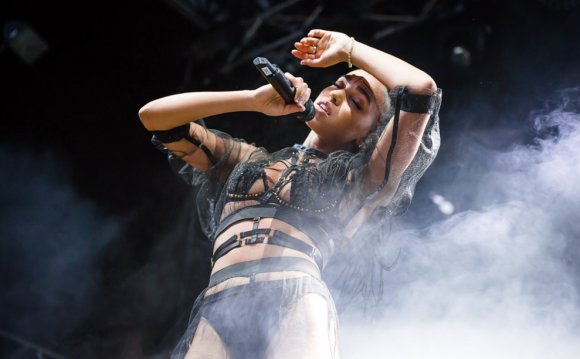 The Museum für Kunst und Gewerbe Hamburg (MKG) is putting on the first show of its kind in Europe – an exhibition of concert posters including around 140 silkscreens and an array of smaller prints. The limited stock of autographed sheets made by artists with a love of music have become internationally sought-after collector’s items. The first so-called “gig posters” appeared in the 1980s in response to the commercialization of the music industry. Rock, punk, heavy metal and grunge, which all started out as protest movements, were marketed by the record labels using glossy campaigns designed to appeal to a broad public. By contrast, young artists like Frank Kozik interpreted the music and performances of their favourite bands, such as Sonic Youth or The Melvins, with motifs that were bold, colourful and often ironic. The posters – produced in small editions and always with the bands’ consent – were primarily intended for the fans. This gave rise to an international movement, which has been showcased on a shared website, gigposters.com, since 2000 and was the genesis of the Flatstock Poster Convention. The screen printers meet on the sidelines of major rock festivals and present their work. The first Flatstock Poster Convention took place in San Francisco in 2002, and in the meantime Austin – which hosts the South by Southwest Festival (SXSW), the scene’s biggest annual get-together – has emerged as a new centre for the movement. The Texan capital is also home to the American Poster Institute, which coordinates and organizes the conventions. Following the 50th and 51st gatherings, held in Chicago and Seattle respectively, the 52nd meeting will take place in Hamburg from 23 to 26 September 2015 as part of the Reeperbahn Festival, where the very first non-American Flatstock Poster Convention was staged in 2006. The exhibition gives an insight into the evolution of the movement and the story of how it developed in Hamburg. Representative posters from the USA and Europe are on display, demonstrating the high standards of graphic design the artists set for themselves. The work includes posters for the bands Sonic Youth and The Melvins, with one section devoted to each of the most important artists: Art Chantry, Coop (Chris Cooper), Mat Daly, Justin Hampton, Derek Hess, Frank Kozik, Dan MacAdam aka Crosshair, Tara McPherson, Jay Ryan, and the artists’ collective Fort Thunder. The exhibition was developed in cooperation with the Hamburg gallery Feinkunst Krüger, the Flatstock Poster Convention and the Reeperbahn Festival.