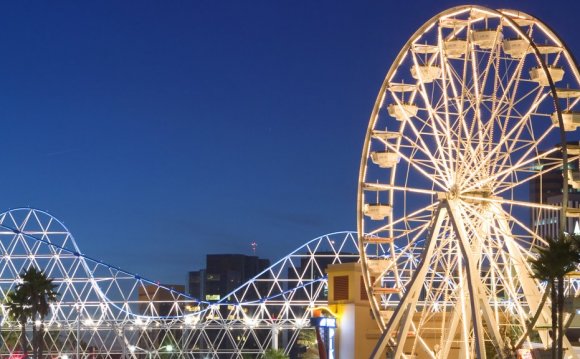 Halloween weekend saw HARD host its annual Day of the Dead festival in Pomona, California, while just 30 miles away, Escape: Psycho Circus was going down in San Bernardino. Following the death of two teenagers at HARD’s summer festival back in August, both events were under increased scrutiny and heightened security measures. The end result was that nearly 500 individuals were arrested on various charges between both festivals.

reports that 148 people were arrested on Saturday at Pomona Fairplex during HARD, with an additional 162 more put into handcuffs the following day. Over at the National Orange Show Events Center, approximately 180 people were arrested during the two-day Psycho Circus rave. That brings the grand total of arrested festivalgoers to 490 in just two days.

At HARD, whose headliners included Skrillex and deadmau5, police said that most arrests were due to public intoxication and drug possession. There were also (unsurprisingly) 100 arrests for possession of a fake ID. Police at Escape made similar arrests, with trespassing thrown in for good measure.

Facing pressure following this summer’s deaths, HARD owners Live Nation canceled a September 10th event, reduced HARD Day of the Dead by 25, 000 tickets, and instituted a 21-and-over policy. The festival also added three on-site emergency room physicians, 184 police officers, and 24 free water stations, all at the expense of the festival itself. At first, Live Nation had refused to grant any media credentials for the event, but opened applications “to qualifying media” the week before the festival took place.

Escape: Psycho Circus, a rave put on by Live Nation subsidiary Insomniac, drew a crowd of 42, 000 on Friday and 46, 000 on Saturday. Besides the nearly 200 arrests, they reported no major incidents. “For the most part, all of the patrons were very, very cooperative, nice, respectful, ” police Lt. Richard Lawhead of San Bernardino told The Times. Police also had set up about a dozen “amnesty boxes, ” anonymous drop points where concertgoers could deposit weapons and drugs without fear of repercussions.