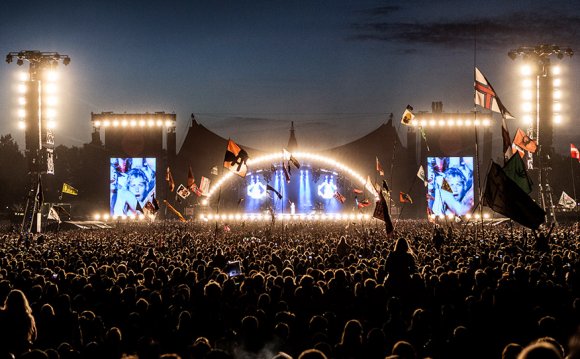 Ruben Albarran of Cafe Tacvba performs during the Supersonico Festival at The Shrine Auditorium on October 11, 2014 in Los Angeles, California.

"We are seeking to create a destination for Latin Alternative music not only for the people of this great festival city but also for fans of quality Latin entertainment across the nation, " says Max Wagner, owner of Chicago-based production company Metronome. "My partners and I have understood for a long time that there is a great level of interest in this music in Chicago, and that this local passion has been generally under-served in many ways."

Metronome is one of four promoters behind the festival, together with the producers of the three-city punk and rock festival Riot Fest; Eduardo Calvillo, Chicago Latin rock promoter and founder of the long-running Latin alternative radio show Rock Sin Anestesia; and street festival and charity event producer Star Events.

The organizers are billing Ruido Fest as the first three-day multi-stage outdoor music festival in U.S. that will showcase "Latin Post-Punk, Electronic, Hip-Hop, Rock, Psychedelia, Tropicalia, Reggae and Punk acts from all over the American continent and the world."

Ruido Fest will overlap with the Latin Alternative Music Conference in New York, which for 16 years has been the biggest U.S. event for Latin indie sounds.