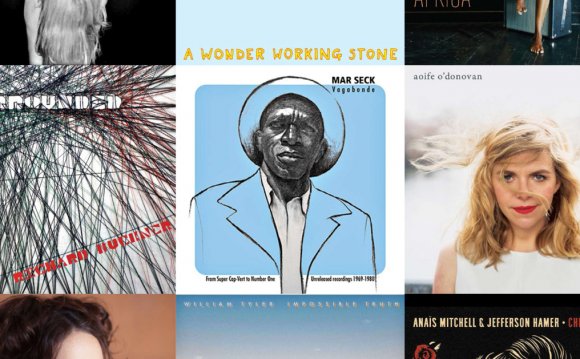 Ask Ian Anderson - best known, of course, as the be-fluted frontman of Jethro Tull - for 10 folk-rock album selections of his choice and you won’t find your usual Dylans and Byrds. Instead you’re sent down a rabbit hole of European whizz kids from the band-jumping fiddle philanderers of Irish folk, to Finnish hamlets and back to Blighty.

Folk-rock, as Anderson points out early in our talk, should in our esteemed guide’s seasoned opinion really be deemed 'folk revival' - a melting pot of folk song and lyrics from across Europe and the bold rhythmic influences of rock ’n’ roll.

Step this way, then, for a round-up of some bonafide folk revival heroes and lesser-spotted treasures…

“Roy Harper, like me, was schooled in the Blackpool area of North West England and went on to escape and come down south to seek fame and fortune as a folk musician.

"He wanted to be on a stage with a towering amplifier behind, belting out aggressive music and we rather envied Roy’s simple, essential style"

“He was a wondering troubadour with an acoustic guitar who sang very personalised and sometimes controversial songs. He wanted to be in a rock band, as often people like that do.

"His fascination with Pink Floyd, Led Zeppelin and Jethro Tull is known and his chums like Jimmy Page and some members of Pink Floyd and me, was I think partly because he wanted to be like us.

“He wanted to be on a stage with a towering amplifier behind, belting out aggressive music and we, as songwriters, rather envied Roy’s simple, essential style and way of working.

“We liked the idea of just packing a rucksack and heading out without being encumbered by trucks and buses and road crews! There was a mutual interest and ‘grass is greener’ effect about it.”

“Around the first time I went to America in 1969 I found myself in a Holiday Inn on the outskirts of Boston and the other residents in the Holiday Inn were a band called Pentangle.

"They did bring together these elements, rather like a rock supergroup, like Cream, except they came from folk and jazz backgrounds rather than blues and rock"

“They had the tag of being folk jazz at the time but in fact their influences were very broad. In a way they were the first super group of unlikely musicians that came from backgrounds not conventionally allied.

“They didn’t have a long time together, but particularly with their first album, I got to know and like them and their musical approach. They weren’t big on the loud and more rhythmic sense of it, but they did bring together these elements, rather like a rock supergroup, like Cream, except they came from folk and jazz backgrounds rather than blues and rock.

“I think they were important and they were much respected, particularly in America.”

“Fairport Convention generally have the tag of being ‘the all-time folk-rock band of Britain’ and deservedly so.

“They began with a much more American focus to their music, which is often forgotten. It was much less traditional than it became a few years later. They fell back more into being a traditional folk band, but with all the rhythmic and rock sensitivity that would come to them.

“Some of those members of Fairport did play with rock bands, including Dave Pegg who played with Jethro Tull, too. But they do in a very worthy sense have the right to be crowned the most important folk-rock band ever.

“I thought I might find something quirky, but I do have to go back to Liege And Lief because it’s the one that put them on the map. It’s the one you can’t escape, the biggie – their Aqualung, if you like!”

“In the early to mid-70s we came across Steeleye Span. I knew of them as a traditional British folk group trying a more rock approach to presenting their music.

"They didn’t have the rough-edged credibility that Fairport did, but they had an awareness of British folk music going back hundreds of years"

“They were seen as being a little too twee, they didn’t have the rough-edged credibility that Fairport did, but they certainly brought an awareness of British folk music going back hundreds of years.

“They were very keen students of British folk music and they were looking very diligently for sources of material from traditional lyrics and they would often write music to go with those lyrics.

“They toured with Jethro Tull in the mid-70s and I produced one of their albums [1974’s Now We Are Six], but I only really ‘produced’ in the sense that I supervised the mix - other than getting David Bowie to come and play saxophone on one of the tracks!”

“Stevie Winwood was the guy who would have been least likely to have been an influence to me. Then Traffic recorded the album John Barleycorn Must Die.

“While you couldn’t call it a folk album it did feature that particular song, which was done in a really hybrid way. It gave it something that only a soulful singer and a group of musicians with experience of jazz and blues and rock music could have done.

“Although it’s certainly not from a band that were ever considered folk-rock, it was a very worthy contribution. Coming from Birmingham, Steve Winwood did have some awareness of that tradition and the folk music of Britain, as well as the black American folk music - by which I mean blues and R&B, which is, if you like, the folk music of North America - which formed the greater part of his awareness.

“Certainly the American music I grew up with was black folk music, not the white folk revivalists for whom I had little time or interest!”

“Somebody gave me this cassette sometime in the late 70s and it proved to be very well-worn in the end! For me it’s the all-time classic Irish folk-rock album.

"It’s not rock in the sense of it being electric guitar and crashing drums, but it has that huge rhythmic sensitivity"

“It’s not rock in the sense of it being electric guitar and crashing drums, but it has that huge rhythmic sensitivity that comes from that knowledge of rock music. They were an amalgam of lots of things happening at the time, but that album for me is the great one.

“It sits in the middle of the story of some of those individual musicians and I feel led us very naturally to the music that became Riverdance and brought about a huge awareness of Irish music on a much more global level than ever before.

“Irish music became universally known after Bill Whelan’s music in Riverdance and, of course, he was one of the group of musicians in that scene from quite early days.”

“This band were from the rural hamlets around Helsinki and, like many of the folk musicians growing up then, they played and sang in church choirs and were part of a hugely musical community.

"I met Värttinä. They didn’t look or talk to me like they did on record - I’m sure the feeling was mutual!"

“They began singing in a very peculiar way where there would be very close harmonies and they’d suddenly go into unison and then split up again. It was sung entirely in Finnish, so I have no idea to this day what the hell these women were singing about they sound very intoxicating and exciting.

“I met Värttinä a few years after I started listening to them and the magic wasn’t there. They didn’t look or talk to me like they did on record – I’m sure the feeling was mutual!

“It sounds fascinating and I want it to be about huge, grand subjects of love and life and death. I’m probably wrong, it’s probably as dreary as English language lyrics are. It’s always best to stay with the fantasy!”