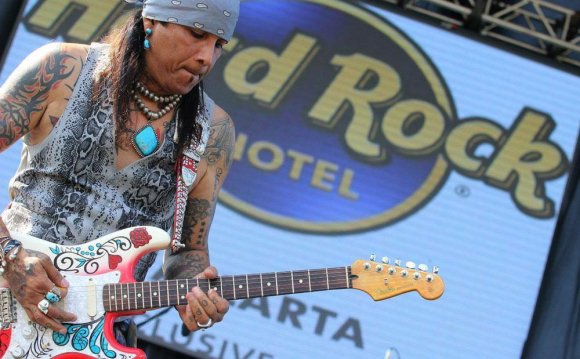 So wait, exactly why is the Allman Brothers Band splitting up? That’s the question any reasonable fan who witnessed their fantastic weekend-closing set at 2014’s Mountain Jam festival had to be asking themselves on the way home tonight.

We found out earlier this month that this performance would be one of the last nine Allman Brothers Band shows ever, as a result of the January announcement that guitarists Warren Haynes and Derek Trucks would be leaving the group at the end of 2014 to focus full time on their other bands (Gov’t Mule and the Tedeschi Trucks Band, respectively).

As sad as that news may be, at the very least it’s obvious the Allmans won’t be overstaying their welcome. To be honest, the first half-hour of the show made us wonder — just a little bit — if they had hung on too long. Not that their opening songs (‘Revival, ’ ‘Don’t Keep Me Wonderin’, and the mighty ‘Midnight Rider’) weren’t played well, but things seemed to peak at just a bit cooler of a point than usual. The extremely long drum duet that followed raised our suspicions one more notch, even though it was fun to see bassist Oteil Burbridge take over for Butch Trucks for a bit.

Luckily, it seemed all the group needed was a bit less daylight, as they tore into soulful, passionate versions of ‘Please Call Home, ’ ‘Leave My Blues at Home’ and ‘It’s Not My Cross to Bear’ in short order upon returning. Later, they settled in for an absolutely beautiful, extended version of ‘Dreams, ’ then closed out their main set with a fiery ‘Whipping Post.’ Together with pianist Peter Levin, who had previously joined in for the aforementioned ‘Please Call Home, ’ the Allmans sent everybody home happy with a raucous ‘Statesboro Blues.’