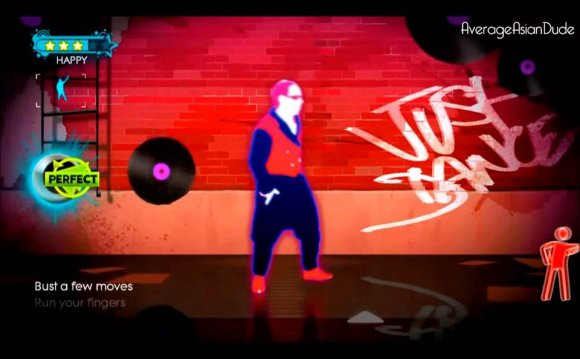 Just because Billboard is all about chart-topping bands doesn't mean we aren't in tune with the underground. There are plenty of killer bands out there, just waiting to be discovered! We've picked out 10 that are ready for their big breaks. SXSW may be over, but with summer festival season almost upon us - get prepared to school your friends on the acts they probably haven't heard of yet.

Abra cadabra! It's safe to say Magic! has cast a spell on us. Their standout single "Rude" made a polite entrance into the Billboard Hot 100 and went all the way to No. 1! If you love the great reggae music of Bob Marley, you'll be sure to adore Magic!

Let's say you're at Firefly Music Festival, drinking a craft beer, munching on a bratwurst and standing out in the fields of Dover, Del., hoping to catch the latest buzz band. We suggest this up-and-coming Brit who combines the guitars of Oasis with the vocals of the Smiths.
One thing is obvious: "Pumped Up Kicks" is already one of the best songs of our times. But did you know these rockers followed it up in 2014 with another great album called Supermodel? You better run, run, run out there and buy it!

The bluesy brothers-from-another-mother got their big break after feuding with Justin Bieber following the 2013 Grammys. "Grammys are for, like, music, not for money, " drummer Patrick Carney told TMZ. Bieber tweeted that he wanted Carney "slapped around, " but did the drummer run and hide? Or throw eggs at his neighbor's house? No! He went out and recorded the album Turn Blue, which made us turn green… with envy. That's because it was really good.

Basically no one had heard of this wacky band before they hit us with "Float On, " but we think they're on to something. They just released a new album called Strangers to Ourselves, but if you ask us, they're about to be familiar to just about everyone. Check out this video for their latest hit, "Lampshades on Fire." As for Modest Mouse's sound, think Danger Mouse, with a lot less danger.

Just like Modest Mouse, these rockers are from Portland, Ore. When they're not putting birds on it, they like to grow beards and play the banjo and other zany folk instruments, so it's clear Mumford & Sons has been a big influence on them.

Do you remember those crazy animated rockers Gorillaz? The ones that did "Clint Eastwood" and "Feel Good, Inc."? Well, Damon Albarn - the human behind it all - has a groovy, new band for you. They're called Blur and they have a new album called The Magic Whip due April 27. Whip it good, boys!

Ever since they played the Playboy Mansion in the "Beverly Hills" music video, these California rockers have endeared themselves to hipsters everywhere. Did you know they based a new TV show after their singer? They had their own cruise, too. Even if they've never made a true classic album (no wonder hipsters love them!) Weezer's fun, carefree jams keep getting better and better.

Here's a hot take: Coldplay is a band to keep your eye on. Some say they could be the next Beatles, or at least Billy Joel. Sing us a song, Chris Martin! You are our piano man.

You've heard of the Ramones, the Sex Pistols, Panic! At the Disco and all those other great punk bands. The Australian quartet is still pretty underground, but we think they'll be the next big hard-rocking sensation just in time for summer. But remember, you can still listen to them on April Fool's… which happens to be today.

Mountain Goats - The Best Ever Death Metal Band Out Of ...