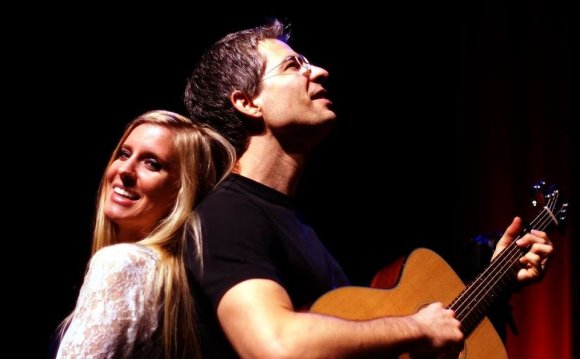 Singer-songwriters AJ Swearingen and Jayne Kelli will be backed by the Dayton Philharmonic Orchestra on Friday and Saturday at the Schuster Center for “Fire and Rain: Iconic Folk Rock of the ’70s, ” the first DPO SuperPops concert of the season.

“The amount of creativity that emerged from the amazing group of singer-songwriters throughout the ’70s makes the songs so special, ” said Swearingen, who previously appeared with the DPO in October 2013 for “The Sounds of Simon and Garfunkel” concert. “It is a songwriting era that hasn’t been duplicated. James Taylor, Carole King, Cat Stevens, Joni Mitchell and others actually wrote their own material.”

“These artists were coming from a real place of authenticity, ” Kelli said. “They were writers, artists and singers because they wanted to be. They weren’t part of a manufactured music factory churning out formulaic songs.”

Swearingen and Kelli first met in 2009 at a singer-songwriters club in St. Petersburg, Fla., and music has been an integral part of their lives as artists since they were teenagers. Swearingen, a native of Bethlehem, Penn., began guitar lessons at 13 and started playing professional gigs in his late teens. The prolific Kelli, whose poetic and emotionally charged songs have been critically acclaimed, began writing and recording songs at 15 in Lapeer, Mich.

Swearingen said, “The goal of the concert is to pay homage but sing in our own voices

“My super-secret top-of-the-show entrance will be the most surprising of all time, ” Gittleman teased. “This will be my 21st PhilharMonster concert and I’ve never made an entrance even remotely like this one.”

Activities begin at 2 p.m. in the Wintergarden of the Schuster Center. There will be crafts, an instrument petting zoo, and the aforementioned costume contest. Prizes will be awarded for cutest, scariest and most creative costumes in age categories of 3 to 5, 6 to 9, and 10 and older.

JTG Gets The 70s Folk Rock Tribute He Deserves In ‘The ...