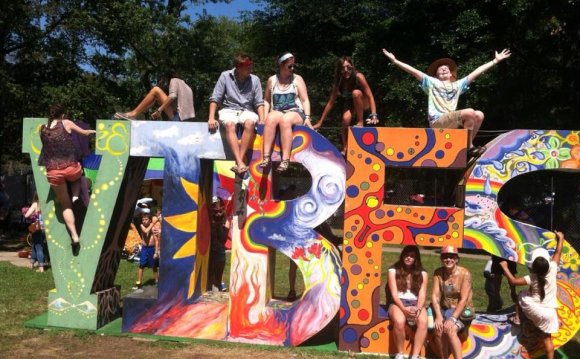 It finally feels like spring, and as the weather warms up so does the Loop’s outdoor music scene. Whether you are looking for heavy metal or smooth jazz, this year’s music festival line-up has something for everyone. Better yet, over half of the festivals on our list are free to the public. So take off your headphones and get ready to experience your favorite music in the best way possible: live.

The 30th Annual Chicago Gospel Music Festival showcases the best in local, national and international Gospel Music. The free festival will feature local and national artists celebrating the genre’s foundational roots in Chicago. Complete details, including the full line-up, will be announced later this spring.

Chicago is the “Blues Capital of the World” and we live up to our title. The Chicago Blues Festival is the largest free blues festival in the world and remains the largest of Chicago's music festivals. This three day event draws over 500, 000 blues fans to Grant Park each year. This year’s line-up includes Chicago blues legend, Buddy Guy.

The Grant Park Music Festival is the nation’s only free, outdoor classical music series of its kind. Each summer, the Festival presents ten weeks of free classical concerts to all of Chicago at the Jay Pritzker Pavilion in Millennium Park. This year’s events feature everything from Beethoven's rhythmically charged Seventh Symphony to Stephen Sondheim’s Broadway classics.

Contrary to popular belief, Taste of Chicago is just as much about the music as it is about the food. Each year the festival draws some of music’s biggest names. Only the dates of this year’s events have been released, but we will keep you updated. Mark your calendars!

With headliners like Paul McCartney, Metallica, and Florence and the Machine, Lollapalooza will attract thousands of people to Grant Park this summer. This may be the priciest festival on the list, but people from across the county will tell you that the three-day festival is an experience in itself.

The World Music Festival is a city-wide, multi-venue, eleven-day festival. The event has attracted over 650, 000 concertgoers and has presented more than 650 artists and ensembles from over 80 countries since it began in 1999.