Music festivals in the United States 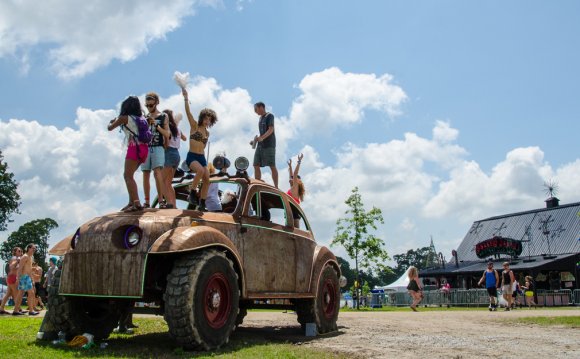 Editor’s Note:Save for some yearly traditions, summer isn’t about rehashes. That’s why we’ve updated our list of America’s best festivals with 15 new selections. Consider it your itinerary.

mericans, we’re a people who enjoy a good gathering. It’s right there in the First Amendment of the United States Constitution: the right of the people to peaceably assemble, adopted on December 15, 1791 — and darn it we’ve been doing it something serious since then. We caucus to select political representation, we gather around grills on July 4, we congregate in town squares to see who grew the biggest pumpkin. Most of all, we just like to get together and have a rollicking good time. That’s what this story is all about. It’s a survey of America’s greatest festivals, from a small-town California celebration of the local garlic crop to a skull-rattling military air show to the greatest collection of musical performers at one venue, on Earth. We’ve taken certain liberties in defining a festival, so you’ll also find a few conferences that have made an important impact in popular culture. Mark your calendars. Fill up your gas tanks. Pack some beef jerky. These are the 65 best festivals in America.