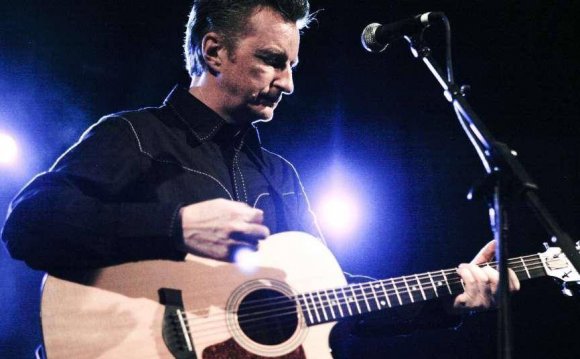 A distinct subgenre of heavy metal called "folk metal" has developed over the past few decades. Spawning from the New Wave of British Heavy Metal in the mid '80s in Europe, the harmonies and melodies of power metal, were combined with traditional instrumental folk music to create a visceral, nature-based sound. We use the term "folk metal" to describe several different offshoots of metal that are influenced by Celtic, Medieval, and even Nordic themes.

This type of extreme music is often inspired by Paganism, the elements, and folklore. Musically, one can hear traces of death metal, black metal, progressive, industrial, ambient, experimental and doom metal all within one song. Bands often take listeners on musical journeys that come to life with epic, thunderous and pulsating music, full of vivid descriptions and tales of evil creatures, pirates, Vikings, enchanted kingdoms, ancient mythology and warfare. What began in Europe has spread all over the globe, as folk metal bands come from nearly every country on the planet where there is heavy metal. We now present our list of the 10 Best Folk Metal Bands.

This is a band that managed to create yet another self-proclaimed subgenre within folk metal, known as 'Scottish Pirate Metal.' The band's use of accordions, and a very jolly, drunken sound truly gives listeners the experience of a heavy metal version of the Pirates of the Caribbean ride at Disneyland. With anthemic, upbeat and energetic music, the band's adventures at sea are chronicled in three albums, Captain Morgan's Revenge (2008) Black Sails At Midnight (2009) and 2011's Back Through Time.

Blackguard began its career in Montreal, Canada, as a straight black metal band, but evolved to use Scandinavian classical folk music to create a unique approach with a melodic death metal twist. Known from 2001 to 2004 as PROFUGUS MORTIS, the band performed among the death metal scene in Canada with such bands as Kataklysm and Cryptopsy. After changing the name to Blackguard, the band released several albums, including Profugs Mortis (2009), and Firefight (2011).

For 16 years, this Portland, Oregon band has been reinventing a sound that combines so many diverse genres, including ambient noise, doom metal black metal neo folk and rock. The band's 2002 album, The Mantle is regarded by many as a doom metal infused, psychedelic, avant garde experimental black metal opus, and fans and artists today remain at awe with its ability to transcend genres. The band is known for especially emotional, abstract and cathartic live shows.