Best folk songs of all time 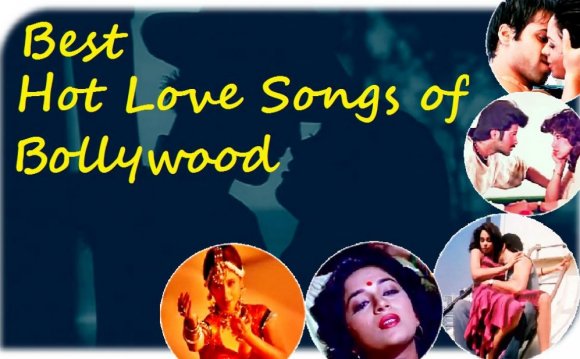 From Johnny Cash to “I’ve Been Working on the Railroad”

Below, my list of the best train songs ever written. In America, at least. Scoff at it, hate it, love it, add to it — you’ll probably be right. My list was selected to reflect the incredible variety of musical genres in which train songs have been written. Folk, rock, blues, big band, gospel, show tunes, skiffle, bluegrass, Newgrass — you name it.

Really: outside of the basics — sex, death, love, God, food, dances, and drugs — have so many popular songs ever been written about anything else? Particularly an inanimate mode of transportation? I don’t think so.

1. “Folsom Prison Blues, ” by Johnny Cash. Yes, I know it’s about prison. But it also speaks to the heart of how we feel about trains, that pang we feel when we see them taking other people to other places — even if you’re not in prison. It’s immensely visceral: we can hear the train rolling, can hear its whistle. We can see not only free people but rich ones, “in a fancy dinin’ car . . . drinkin’ coffee and smokin’ big cigars.” In the end, “those people keep a-movin’, and that’s what tortures me.” And isn’t that the American lament in a nutshell, whether we’re doing hard time on a murder rap, or a mortgage-and-family?

2. “City of New Orleans, ” by Steve Goodman. Popularized by Arlo Guthrie, it’s not only a song about trains, but also a pretty good one about deindustrialization. Try writing that sometime at home.

3. “The Ballad of John Henry.” The classic 1870s “hammer song.” I always liked the Harry Belafonte version, but it’s hard to find a bad one.

4. “Chattanooga Choo Choo, ” by Harry Warren (music) and Mack Gordon (words). Yes, there’s that offensive and anachronistic shout-out to a shoeshine “boy” at the beginning. But this swings. And if you don’t believe me, just watch Dorothy Dandridge and the Nicholas Brothers dance and sing it to the Glen Miller Orchestra.

5. “Mystery Train, ” by Junior Parker. Originally a blues song. Who hasn’t done a version? Sure, there’s Elvis. But also Clapton, Bob Dylan and Johnny Cash, the Doors, the Dead . . . it translates.

6. “The Midnight Special.” An old, old folk song, the words first written down by Howard Odum in 1905, and first recorded in the 1920s. My favorite version is Leadbelly’s rendition, but Creedence is also great, and then there’s Belafonte’s 1962 cover, which starts with a hard-driving Dylan harmonica riff to start — supposedly the first piece of music Bob ever got recorded. Contrary to popular lore, it does not refer to the Southern Pacific’s Golden Gate Limited; no such train ever ran. It may have been inspired instead by the Missouri Pacific’s Houstonian, which left Houston around midnight and rolled by the Sugar Land penitentiary where Leadbelly was imprisoned. Or the old Chicago and Alton Railroad’s Midnight Special between Chicago and St. Louis (which, as the Gulf, Mobile and Ohio, ran the last, regularly scheduled Pullman sleeping car in 1971.)

7. “The Wreck of the Old 97.” Reportedly, Vernon Delhart made this America’s first million-selling country-music hit, in 1924, although David Graves George, one of the first people to actually reach the wreck site, made a long and dogged fight in court to claim the song was his. (It was in any case set to the music of an older folk favorite, Henry Clay Work’s 1865 “The Ship That Never Returned.”) The song told of the September 27, 1903, crash of the Old 97, a.k.a., “the Fast Mail, ” which ran between Monroe, Virginia, and Spencer, North Carolina, and had legendarily never once been late. The train’s engineer, a thirty-three-year-old named Joseph “Steve” Broady, had been ordered to put on speed by his bosses at the Southern Railway, who were concerned about keeping the company’s U.S. Mail contract. The crash occurred when the 97 failed to negotiate a curve on a forty-five-foot-high wooden trestle outside Danville, Virginia. Eleven men died so the mail could get to Spencer on time.

It’s not true, as the song’s lyrics state, that Broady was going 90 miles an hour; this was a lie propagated by the railroad, which tried to blame the crash on its engineer. But it is true that “They found him in the wreck with his hand on the throttle / Scalded to death by the steam.” Most of the mail burned, too — but the Southern Railway unceremoniously rehabilitated the engine and ran it for another thirty-two years. Again, the best cover is Johnny Cash’s, at San Quentin.

The Best Scottish Songs Of All-Time... Ever

Best Folk songs 2013 songs of all time superb most popular ...