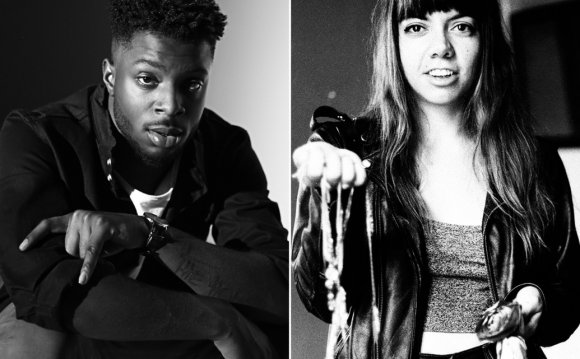 The best bands at the 2014 Stagecoach Festival include the hottest duo in country music, an accomplished band with a five-decade history, an acclaimed female bluegrass trio and a legendary southern rock band revered by country fans everywhere.

If you’re heading to the event, which takes place on April 25-27 in Indio, Calif., consider checking out these groups and duos.

Without a doubt, one of the most anticipated acts at Stagecoach will be Tyler Hubbard and Brian Kelley, the duo known as Florida Georgia Line. In the past year and half, the guys came out of nowhere to score five straight Top 5 singles from their debut album "Here's to the Good Times" and win major honors at the CMA and ACM Awards. Be prepared for the crowd to go nuts when the duo performs its crossover smash "Cruise."

One of country music’s longest-running acts, the Nitty Gritty Dirt Band was founded in 1966. The band reached the peak of its mainstream success in the 1980s, winning the CMA Award for Album of the Year, and continues to perform dozens of concerts a year. Fans who appreciate the all-time greats won’t want to miss the chance to see the group that recorded "Mr. Bojangles, " "Dance Little Jean" and "Modern Day Romance."

What’s not to love about an all-female trio from Canada whose name was inspired by a certain outlaw country singer? For more than a decade, the Wailin’ Jennys have created folk and bluegrass music with a heavy dose of vocal harmonies, along the way capturing two Juno Awards, Canada’s equivalent of the Grammy. Their 2011 release "Bright Morning Stars" hit No. 1 on Billboard’s Bluegrass Album Chart.

Lynyrd Skynyrd may not technically be a country act, but their southern rockers behind the classics "Sweet Home Alabama, " "Freebird" and "Simple Man" have influenced countless country musicians, including Eric Church, Jamey Johnson, and Montgomery Gentry.

The undeniable link between Skynyrd and country music was cemented with 2010’s "Sweet Home Alabama - The Country Music Tribute To Lynyrd Skynyrd, " which featured covers of Skynyrd songs by Church, Shooter Jennings and Randy Houser. Don’t be surprised to see the Rock & Roll Hall of Famers attract a huge crowd at the festival.

ACM Vocal Duo of the Year nominees Dan Smyers and Shay Mooney are rising stars in country music, having just dropped their debut effort "Where It All Began, " which debuted at No. 1 thanks to the Top 10 single "19 You + Me." Though they’re newcomers, Dan + Shay have already toured with Hunter Hayes and performed at the Grand Ole Opry, so expect a polished performance at Stagecoach.

Other Stagecoach bands worth seeing

Among the other country bands worth checking out at the 2014 Stagecoach Music Festival are alt-country group Trampled by Turtles, nine-time Grammy winners Asleep at the Wheel, eclectic Americana outfit Hurray for the Riff Raff, traditional country act the Howlin’ Brothers, and Katey Sagal & the Forest Rangers, an intriguing band fronted by the "Married...With Children" and "Sons of Anarchy" star. See the complete lineup here.