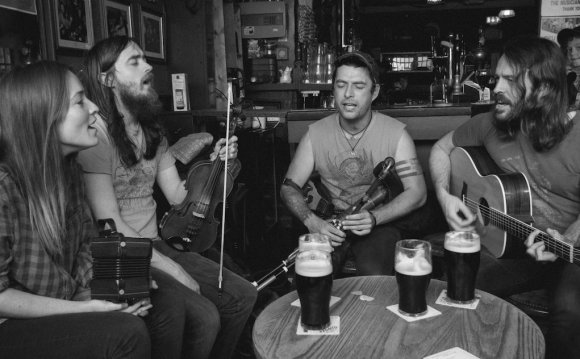 A periodic list of some of the most exciting, newly purchased CDs for our circulating collections.

by Lydia Mendoza (1930s-40s)
Though Texas politically separated from Mexico way back in 1836, it continues to retain much of the culture of its earlier mother country. That is, politics seems to have hogged all the history, because on the ground, where the people live, Texas actually didn't separate from Mexico in 1836. The continuation of Mexican culture in Texas is due mainly to its Tejano population: people of Mexican descent who lived, and continue to live, in Texas. One only needs to find one of the 900 million Tex-Mex restaurants to be found throughout the state to appreciate this culture. But food is only one aspect of Tejano culture. There is its music. And that is why you need to know about Lydia Mendoza. Life was not exactly a cakewalk for many Tejanos. There was no shortage of racism, feelings of disenfranchisement, and poverty. In these circumstances, culture became a much-needed source of strength and identity for Tejanos. So when an 18-year-old Lydia began singing the popular folk songs of this culture, and playing her distinctive 12-string guitar, in a bustling plaza in San Antonio, Texas, she was immediately noticed and appreciated by the Spanish-speaking population who recognized their own stories in those songs. Such a young and pure voice, floating above the plaza, singing songs of hardship, heartache, feelings of isolation and the challenges of merely surviving daily life, resonated deeply with many Tejanos who shared and identified with these feelings. The year was 1934, and the highlight of the set would prove to be a song Lydia had first learned off of a chewing gum wrapper when she was ten years old. That song was "Mal Hombre":

(Evil man, so mean is your soul it has no name.
You are a scoundrel, you are a wicked one.
You are an… evil man.)

But in fact, one need not even understand the Spanish lyrics to feel the emotion in Mendoza's voice. It's amazing, actually. Soon after, she was invited to sing the song on a local Spanish-language radio station. Later that same year she recorded the song and became the very first Tejano recording artist in history. She would eventually earn a handful of rather poetic, and all very fitting, titles: “La Alondra de la Frontera” (The Lark of the Border), “La Cancionera de los Pobres” (the Songstress of the Poor), and “La Gloria de Texas” (the Glory of Texas). She was, is, all these things. She gave a voice to the struggles of a people, and in so doing gave that same community strength and a deeper sense of identity and pride. But further, the sincerity and artistry of her music speaks to something even more universal than the community for which she sang; which is a quality shared by all great singers everywhere.

So the next time you think of Texas, don't think the state that gave us Norah Jones, Beyonce, Buddy Holly, Blind Lemon Jefferson, Roy Orbison, Willie Nelson, Lightnin' Hopkins, Daniel Johnston, Woody Guthrie, Big Mama Thornton, Earnest Tubb, Bob Wills, Sly Stone, Nelly, Scott Joplin, Janis Joplin, Lefty Frizzell, Jimmie Rodgers, or the incomparable Vanilla Ice. And certainly don't think of the "wonderful" politicians it has bestowed upon the nation at large. Think of the rich history America shares with our neighbor to the south, and the wonderful record of the cultural interplay that is to found in the music of Lydia Mendoza.

"Para Lydia" by yours truly

Self-Titled (1969)
If you haven't heard of Gal Costa, odds are you are not Brazilian. Ms. Costa was a major artist in the Tropicalismo movement there, which was an art movement that openly borrowed from various cultures to recombine elements into something new, yet still distinctly Brazilian. The movement took on a more overt political tone as a result of the Coup D'etat in 1964, backed in part by the US, and that tireless ambassador of American Realpolitik, Henry Kissinger. In fact recently, the day after the US Senate released its summary on the CIA's use of torture, sorry, I meant "Detention and Interrogation Program" (the full report, by the way, remains classified), Brazil's own National Truth Commission released a report that details a sordid history of torture by the Brazilian military in the years following the military coup of '64, which included artists from the Tropicalismo movement who had become openly critical of the government. I repeat: artists imprisoned and tortured! But I mention the tropicalismo movement only because I love exploring the link between music and history. But besides all that, the movement itself brought an incredible amount of diversity and color to Brazilian music. Here Gal Costa, on her debut solo album, combines traditional musical elements with hints of psychedelia, wonderfully full and delightfully meandering strings, and puts it all to an undeniable groove. Great stuff!

by Linda Perhacs (1970)
When this album was released in 1970, it got so little attention that it would be 44 years before Perhacs would release her second album. That's GOT to be the record right? For longest break between albums? And to think I thought Bjork had it with just 13 years! But lucky for us all, some music hounds somewhere rediscovered this gem, brought it the attention it deserved, and this eventually convinced Perhacs to finally do a follow-up album in 2014, which is actually pretty great too. But it's hard to beat her 1970 offering. This is ethereal psychedelic folk music that has all the heaviness of a cloud made of feathers.

by AC Newman (2012)
Carl Newman made no small name for himself as the main songwriter behind the now-legendary indie-pop outfit, the New Pornographers. He re-monikered himself with his initials, and became A.C. Newman for his solo albums because "it sounds like a pseudonym, only it's not a pseudonym." Though Shut Down the Streets isn't his first outing as solo artist, it is in this writer's opinion, his strongest and best. The songs would roughly fall into something that can only be called "pop folk, " and wind through various manifestations, producing songs as catchy as anything out there. There is an unassuming gentleness in his songwriting, and a subtleness in the power of his voice. See if I'm wrong: