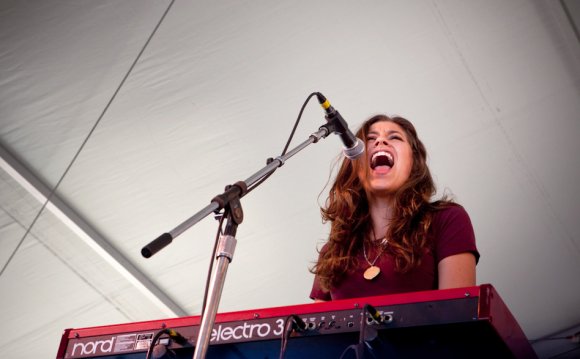 So, lately I’ve been stretching my Google Music service’s Folk Rock station to the max, and I’ve come across some very good tunes in the playlist. As I was pondering what I should write about today, it quickly became obvious. I needed to let people know about all the awesome folk rock songs available today.

Though I know the resurgence of folk rock happened long before it, for me, I noticed it coming back to the mainstream with Phillip-Phillip’s, “Home”, as well as Imagine Dragon’s “Demons”…

Folk music has always resounded with me lyrically, as it is largely has been a medium of storytelling, and much of it is grounded in personal experience. Folk songs sung around campfires all around the world have shaped music everywhere.

With that said, I’ve got to say that as good as the lyrics are for most folk songs, I, personally, found less connection with the music… It lacked something…

“Folk Rock is most simply defined as “folk” style songs backed with “rock” instruments. One great example is the Byrds electric cover of Bob Dylans’ acoustic “Mr. Tambourine Man”. Other attributes of Folk rock are distortion-free instruments and tight vocal harmonies. Originating in the mid ’60s as the growing popularity of socially-conscious folk music encountered the newly popular pop/rock sounds, sparked by the British Invasion and stirred in with ’60s counter-culture ideals and concerns, the genre later grew to include ‘acoustically’ played songs performed by rock artists, as long as other elements of Folk Rock were present. Folk Rock as a genre has very blurred and overlapping edges into pure folk, rock, and ‘singer-songwriter’ styles.”

I’d say that pretty much sums it up. Folk lyrics with rock beats. I don’t think music could get much better than that, and it only continues to get better.

With that, let me begin my personal favorite folk-rock songs in my playlist, in no particular order:

Indie Folk/Rock Song "I Believe In You" lyrics video