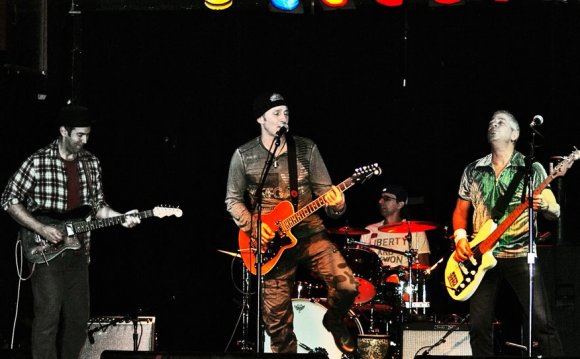 This summer, the most popular band in South Korea hasn’t been a carefully marketed new K-pop phenomenon or a supergroup making a long-awaited return. It’s a soft rock indie quartet whose success comes as a surprise to the members themselves. Hyukoh shot to fame early this summer, climbing the charts and beating out top K-pop acts like nobody’s business. When walking through Seoul the first week of July, it was almost impossible for me to go a few blocks without overhearing one store or another playing Hyukoh’s music, especially their hit song “Comes And Goes.” Not bad for four reserved 23-year-olds.

Hyukoh are like a breath of fresh air in a country where K-pop stars are trained for years to shape media-friendly images to back up their pop sound. Hyukoh’s music blends familiar shoegaze and surf rock sounds; these are soft rock tunes turned up a notch, explicitly positioned as an alternative to the mainstream. Over a recent Skype call with me, Hyukoh kept things simple, often answering with single-word responses. They made it clear that all they want to say can be heard in their music. Vocalist Oh Hyuk, whom the band is named after, writes about what he feels in an earnest mix of Korean and English.

“We wrote about the changes that many people can relate to and think about, ” Oh explained in regards to the latest album. “We didn’t necessarily think about wanting to say anything particularly when making music. We didn’t start our album 22 that way. We just wanted to figure out the situations that we were in at that point in time.” Their first two EPs, one released last year and one released this year, were named after the age that the members were when they created them: 20 and 22.

“We put in our opinions and suggestions when composing, ” said guitarist Lim Hyunjae. “But [Oh] Hyuk writes all the lyrics and, for most of our songs, Hyuk composes them as well. We develop them together, though.” Lim, drummer Lee Inwoo, and bassist Im Dong Geon joined the band Oh was putting together in 2014 after he decided to forgo a solo career. They came together mostly by chance. Oh was already working with Lee, who introduced his friend Im to the singer; another acquaintance introduced the singer to Im.